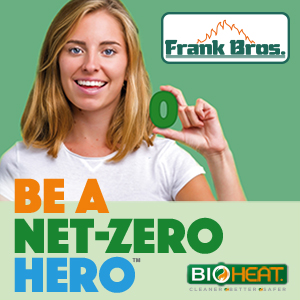 Bioheat® fuel is a blend of ultra-low sulfur heating oil with clean, green biodiesel, a renewable energy source produced domestically using soy and other natural resources. Bioheat® fuel can be used safely and efficiently by any existing Oilheat system, and in fact, it actually extends equipment life. Here are just a few of the many benefits of Bioheat® fuel.